“The future depends on what you do today.” – Mahatma Gandhi

It’s a poignant message for Breast Cancer Awareness Month and one that resonates with Jo Kesur.

Jo, a fit and healthy mum of three teenage children, was just 48 when she was diagnosed with breast cancer. Significantly, she had been diligent with getting regular checks.

The powerful and transformational impact of cancer research from generation to the next is best illustrated through people such as Jo—who underwent a full mastectomy to her right breast with ongoing therapy treatment.

She is determined to ensure initiatives such as BCAM continue to move the dial for the next generation—which includes her 15-year-old daughter, Isabella.

“We're all ticking time bombs,” Jo said. “We're all going to have something over our lifetime that's going to happen to us medically. That's just how it is.

“I could have waited until I was in my 50s to have my first mammogram, which a lot of people do, and it could potentially have spread to other parts of my body”, Jo says.

Jo’s experience—to undergo a routine check despite not sensing anything amiss from usual cysts and lumps—was startlingly different to that of her mum, who was 55 when she found a lump herself that her doctor said may have been growing for up to eight years.

“I didn't realise the lumps and cysts I was feeling were cancerous, because my mum had told me hers felt like a hard pea. Mine wasn't like that at all.”

“Mine was apparently an aggressive one. It was 30mm when it was found through my routine mammogram and ultrasound.”

“It's a big shock and I think it takes its toll on everyone. It’s really hard because when you've got three children—they were teenagers at the time—you want to see them grow up and finish school and get married and go on with their lives.”

“I remember thinking, "Oh gosh, am I going to get to five years?" That's where you go to straight away before you realise there are now various treatments available, surgery and so much research has been done and is still ongoing in the area of breast cancer treatment.

“It's not something you want to define you either. I guess a cancer diagnosis forces you to slow down and reassess what's important.”

“I was having my yearly mammograms and ultrasounds because of mum—I believe that's what saved my life. My mum having breast cancer made me prioritise keeping up to date with scans. However, I still didn't think it was going to happen to me, or not that young.”

For Jo, a loss of empowerment was one of the most confronting aspects of a new reality with breast cancer.

“I found the whole process, the whole lack of control, really hard,” Jo said. “And I've never felt it in my life before.

“You put all your faith in the medical team. Luckily for me, I had very skilled and good people treating and supporting me. I'm very grateful for that. But it’s very overwhelming when you give over control to other people.”

Jo will continue to receive Zoladex injections at Mater until she passes the five-year mark of her remission.

“It's a milestone because you do a lot of second-guessing. Every ache and pain you have, you think has it come back.

“But I am feeling really good at the moment, and I’ve joined a gym to feel stronger.

I am a keen advocate for cancer research and am passionate about supporting cancer patients.” 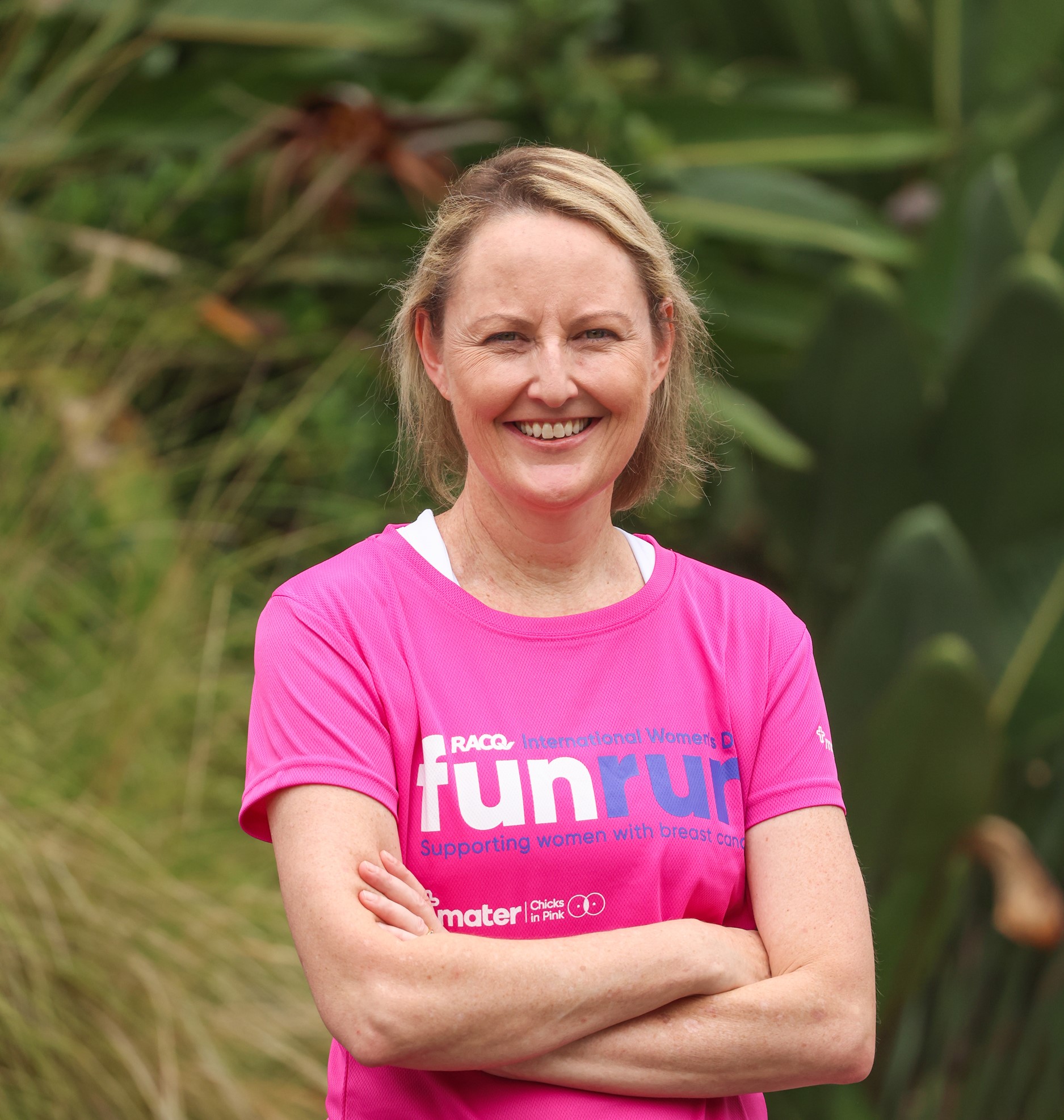 with breast cancer this OctoberGet started