I never thought it could happen to me

“I never thought it could happen to me–I was in my late 30s–how could someone that young possibly get breast cancer?” Keirson shares.

“I’d noticed some itchiness on my breast, and I was actually on holidays when I found the lump. I really didn’t think it could be serious, but I got it checked anyway.

“It came back that I had Stage 3, HER2-positive breast cancer. It was quite advanced… but I was still in denial. It seemed like everything in life was collapsing around me–my dad died, and as grief and the feeling of being overwhelmed hit me, it all came rushing in.

And so began Keirson’s breast cancer battle. It’s been an onerous journey, full of milestones and setbacks.

A lesser character would have long ago buckled, but Keirson’s steadfast resilience has kept her on the front foot.

When she joins the Sea of Pink as a confident, beautiful, strong woman, you would never guess the adversity she has been through. 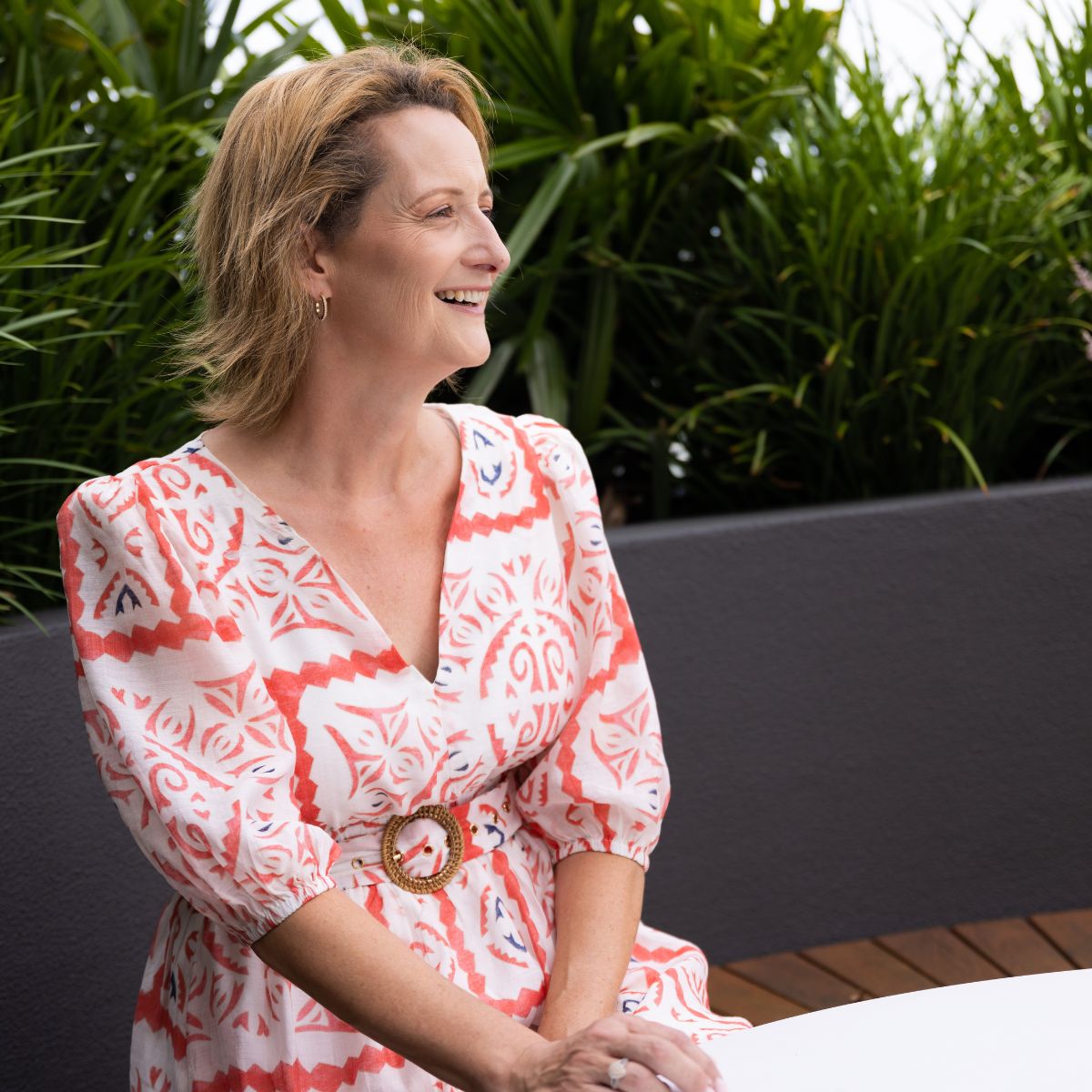 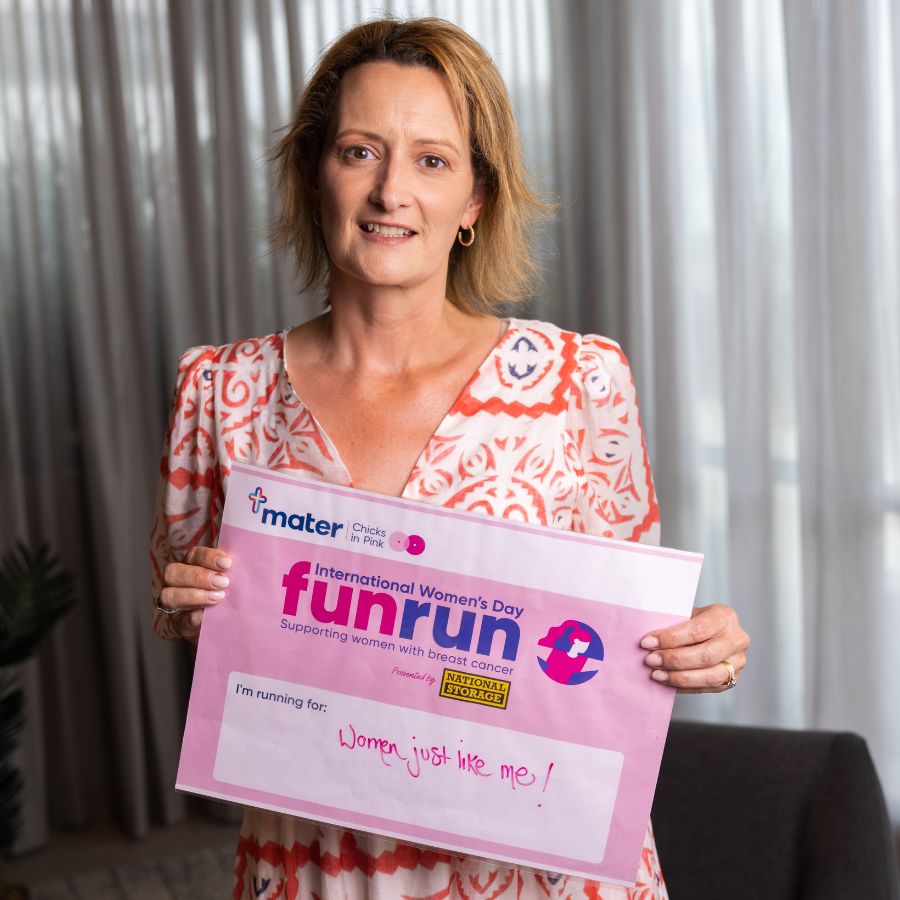 “I promised my dad that I would kick cancer’s ass–that I’d get on with it and beat it,” she says.

“Well, cancer’s thrown everything it’s got at me, but I’m still here.

“I’ve done 9 months of chemo, before then doing 33 rounds of radiation. After all that treatment, I had a re-occurrence and a double mastectomy.

“Two years later, after yet more PET scans, the cancer was still there in my lymph nodes. So, I went on a ‘newish’ treatment, Herceptin, which I’m so grateful to have because I know that research led to its development in the last couple of decades.

“And just last year, it flared up in my chest again.”

Despite navigating a path containing hurdle after hurdle, Keirson has maintained a positive outlook and sense of humour.

Plus, she’s been adamant about sharing her story to increase awareness of how Fun Run supporters are moving the dial–enabling Mater Chicks in Pink to improve research, treatment and early detection outcomes.

“All my treatment has been at Mater–and time and time again, I’ve been blown away by the quality of nursing, the quality of support and the help I’ve received with both big and little things,” she said.

“The first day I turned up at Mater, I was overwhelmed, but the volunteers there helping to show you around. It might seem small to others, but it was such a wonderful feeling to know someone was caring for me.

“I’ve met so many wonderful people, amazing doctors like Dr Chris Pyke and my wonderful nurses including Sally, Ash and Maria–who are there as a shoulder to cry on or a helping hand when things are just too tough. Counselling when I’ve needed it.

“It’s the practical things too–vouchers for mastectomy bras, financial assistance with parking (do NOT underestimate how much that is!), grocery cards–that make the world of difference.

“I could go on and on about the amazing things Mater does for women like me. And you and I both know that it’s all possible because of your fundraising and the support of our generous, wonderful community.