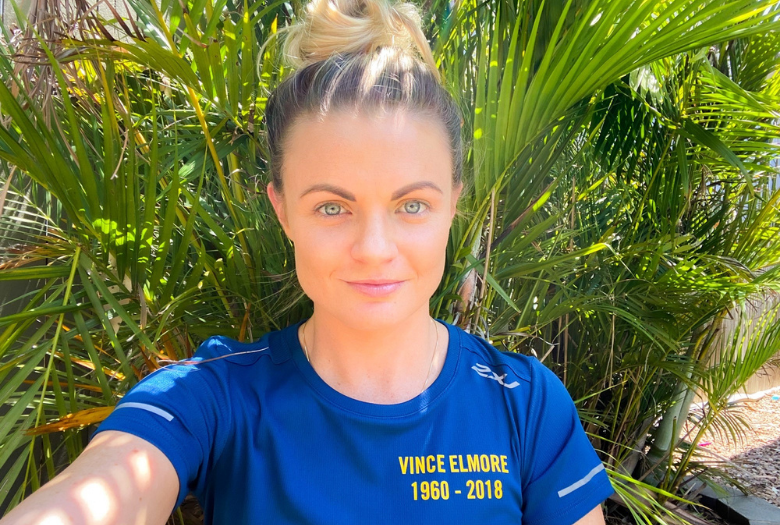 The kind of tough that will run 60 miles (96.97km) in soaring 40-degree heat to fulfil a promise to her late Dad and kickstart a lifelong quest to raise awareness of melanoma prevention.

When Vince Elmore passed away in March 2018, aged 57, he left behind a grieving family – including a daughter hellbent on keeping her word.

A beloved figure within the Ipswich community – Vince was an Ipswich City Council institution, a St Edmund’s College old boy and father of four who had a 10-year remission before his cancer returned.

So, on a boiling hot summer’s day last December, to mark her Dad’s 60th birthday, Jen ran 60 miles around Ipswich and surrounds.

It was an epic feat of human spirit. But worth every step when Jen spotted her children – Oliver, 5, and Madeleine, 3, standing at the finish line alongside family, friends and colleagues from Mater Springfield, where she works as a registered nurse and where her Dad was treated.

“They pushed me to keep going when I wanted to quit towards the end. Also, we could not have gotten through the day without the amazing support crew that kept us cool and hydrated the entire time.”

It remains very raw. Tears swell as Jen recalls the rollercoaster emotions of her epic 17-hour, 60-mile feat and the steely support of family, friends and the Mater Smiling for Smiddy team.

"I also kept thinking of Dad – he never whinged, not once, it just wasn’t in his nature," Jen says. "I kept thinking this is nothing compared to what people with cancer go through every day."

Jen’s passionate about getting this message out - get an annual skin check. Ollie and Maddy now notice when other kids aren’t being sun safe. Her message is hitting the mark.

And to keep her Dad’s memory alive – and honour her promise to him– she is eyeing off her next challenge event for Mater.

“You know how most people, when they retire, just have a morning tea at work and a handful of people come along? They had to book a function hall for my Dad because so many people wanted to say goodbye to him,” Jen beams.

“Dad was just a good bloke – there for you whatever you needed. He had time for everyone. Ollie always misses Grandad. They had so many fun times together.

“I was six months pregnant with Maddy when he passed. But Ollie and I tell her lots of stories about him. She says, ‘I never met Grandad, but he lives in my heart’.”

And it’s pretty obvious – Vince lives on in her heart too. 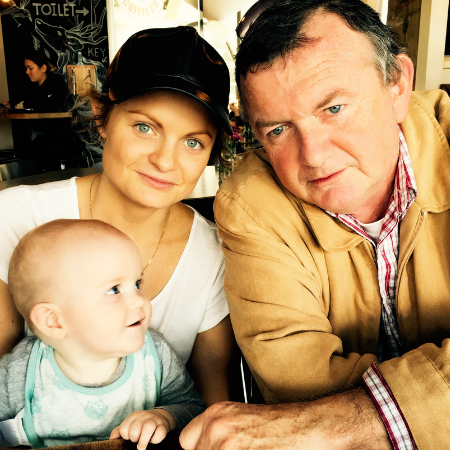