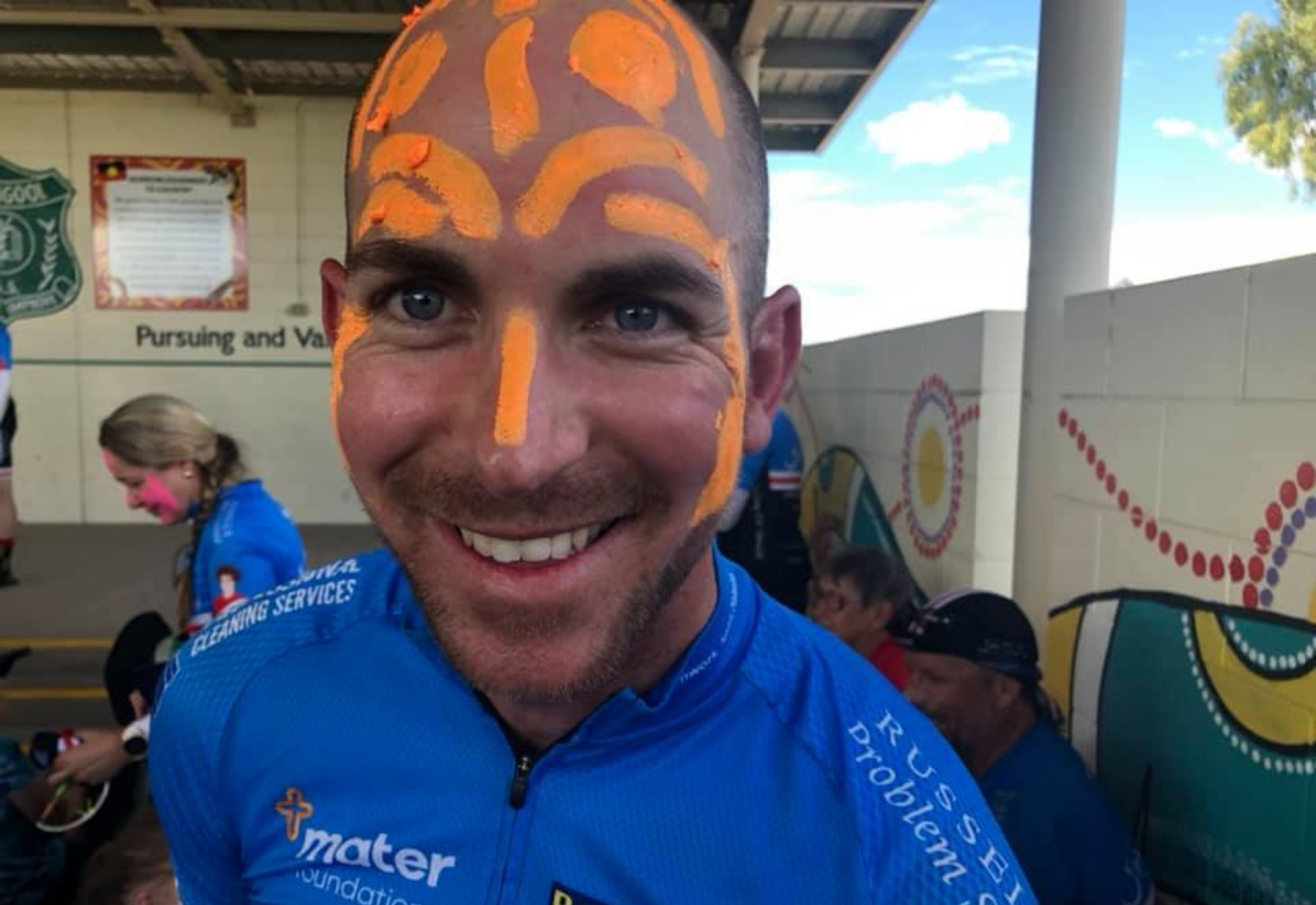 An ordinary guy doing extraordinary things in the face of gut-wrenching adversity.

Another legend who has contributed so much to the fabric of the Smiddy kit he will proudly wear alongside you at Noosa this October.

“This might sound crazy, but I actually think cancer has changed my life for the better – I feel like I have become a better person for having been through this,” Joel states.

“I appreciate every single day so much more. I have been able to get involved in Smiddy and met some awesome people, including my partner Kieren, who is a fellow Smiddy rider.”

Staite has been fighting his personal cancer battle since being first diagnosed in 2016, aged 31.

The electrical distribution designer was preparing for the NZ Ironman when he noticed blood in his urine - dismissing it is a side effect of a 30km training run the previous day.

Joel has endured numerous operations, treatment cycles, milestones and setbacks since he first resolved to present himself to a local GP – who directed him immediately to radiology and oncology – but only after enduring a tough day on course in Taupo.

“It was understandably very scary, young and healthy people like myself aren’t meant to get cancer!” he reflects. “And to be a really rare type made it feel even worse. But all along I have just tried to stay positive.”

Joel’s kidney was removed in June, 2016 and he was diagnosed with a very rare type of kidney cancer called Collecting Duct Carcinoma. Affecting only 50-60 people globally, it has a dire life expectancy.

But it’s hard to keep a good man down, as they say, and Joel is testament to that.

Throughout his five-year battle, Joel has proven a beacon of human spirit - barely missing work and embarking on trips to Thailand, Bali and the UK, Olympic-distance triathlons, 4-day MTB and cycling challenge events, and more.

Setbacks came and went in 2017. In 2018, Joel’s fortitude was again severely tested.

On his 33rd birthday, 27 February, Joel had 6.5 litres of fluid drained from his abdomen – a sign his cancer had returned.

Another four rounds of treatment later, he was dealt the crushing blow his tumours had gotten worse, not better.

The long and short of it was this - if a second immunotherapy drug didn’t turn the tide, he likely had less than 12 months to live. Remember, this was 2018.

"Life is so precious,’’ he says. “We never know what is going to happen so we should make the most of every single day. We shouldn’t wait for something bad to happen to want to live our lives to the fullest."

“I feel like my attitude has been a massive part of how I’ve managed to get through the last five years. I’m a big believer that by staying positive and having a positive impact in the world sets up the right conditions for our bodies to heal better.

“I have the most amazing family. Both my parents are nurses so that helped having medical people in the family. We are very close-knit and my brothers really are my best friends. Outwardly my family seemed to cope alright, but I actually feel like going through this process has been harder on them than me.”

Fuelled by this same mental strength and positivity, Joel’s body refused to accept his grim 2018 forecast.

During fortnightly treatments and bimonthly scans, small improvements began to materialise. By September, he was back running. November rolled around and, you guessed it, he was chalking up another triathlon.

And just before Christmas, 2018 he received the amazing news the target legions were now zero. He refused to believe it.

Joel celebrated in 2019 by completing a half ironman and the 2019 Smiddy Challenge from Townsville to Brisbane. This year he will join you at the start line in Noosa.

His fight isn’t over. Yet more operations have removed new tumours – with other legions near his liver and spleen deemed too difficult to operate—and he is currently undergoing another drug trial aimed to block protein supply to the cancer.

There are side effects. Due to the fact his cancer is so rare, and given the trial nature of the drug, Joel isn’t sure when this latest treatment will end. But, importantly, his tumours have reduced by about 40%.

And as he has learned along the journey, it is staying in the fight that matters most.

Joel’s message to his fellow participants with Team Smiddy?

"I would say ‘thank you!’ It’s easy to think that a few dollars here and there won’t make a difference but when a bunch of like-minded people get together, these few dollars become hundreds of thousands of dollars."

"In a nutshell, it is life-saving! Put it this way, without people raising funds to provide new research, I wouldn’t be here today to tell my story."

“I definitely don’t have a time goal for Noosa. The pain in my feet makes running very difficult and even walking hurts too much at times. So, although I’ve completed plenty of triathlons in the past, this one is all about finishing. The swim and ride should be fine but it’s going to be a long 10km on the run.”

Inspired to race alongside this absolute legend at Noosa? We are. We are Smiddy!

Mater Smiling for Smiddy has contributed over $10M to cancer research efforts since 2006.

Thanks for making Noosa Tri about more than the finish line. 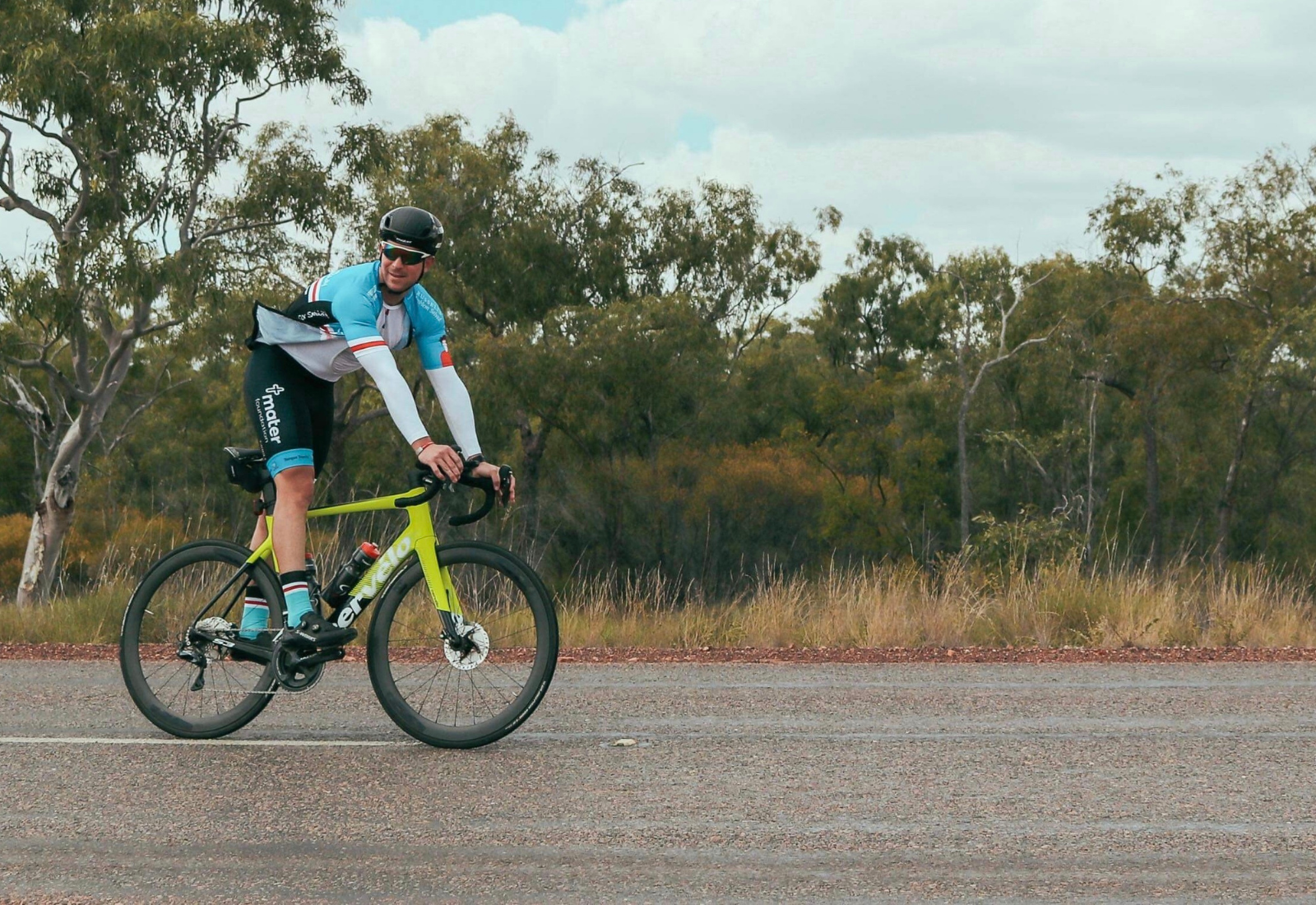